Home
Dating Blog
Relationships
Who Should Make the First Move – Men or Women?

Who Should Make the First Move – Men or Women? 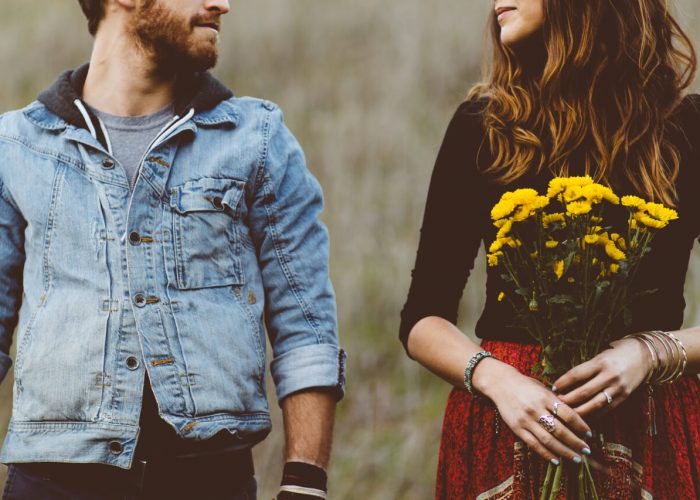 If you like someone and you want to ask them out on a date, you might be wondering who should make the first move. In the traditional world of dating, men ask and women wait to be asked, however, this isn’t always the case. Some women don’t want to sit around waiting for the man to make a move, and aren’t afraid to grab the bull by the horns? But which is best? Let’s take a look…

Throughout history, it’s been expected of men to make the first move when it comes to approaching a girl and asking her out. There’s a reason for this. It’s that women are generally attracted to guys who have the courage to make a move and chase after what they want. If a man chats to a woman and makes her feel attracted to him by making her laugh and being charismatic, and then makes a move at the right time, the woman will feel like he is a good match. If she has to approach a guy because he hasn’t approached her, she will see him as weak and lacking in bravery or motivation. Guys making the first move has always been seen as the done thing to do and there are some good reasons why.

Can a girl make the first move?

If you’re wondering ‘can a girl make the first move’ when it comes to approaching a man, the answer is absolutely yes. Many men like women approaching them, and are impressed by their confidence if they do. A woman who walks right up to a man and leaves herself open to rejection stands out from the crowd. Her bold approach tells a man that she’s brave, spontaneous, outgoing and direct – all of which are attractive personality traits. Some women assume that a man will know she’s attracted to him and do the work for her, but this isn’t always the case. At the end of the day, men aren’t mind-readers!

How do I make the first move on a guy?

If you’re a woman who doesn’t want to sit around waiting for a man to approach her, you’re probably asking yourself ‘how do I make the first move on a guy?’. It’s not easy, but it’s better than missing out on dream guy! To work out if he’s really interested, look at the signs. Does he make eye contact with you, laugh at your jokes, or touch you subtly? If so, he could be interested in you too. Also, you’ll need to work out if he’s single. The last thing you want is his furious wife calling your mobile asking why you’re trying to steal her bloke. Be casual when you approach the guy you like. He might really like you and be pretty nervous, so do your best to put him at ease. If you’re rejected, don’t worry. Move on with a smile. After all, there are plenty more fish in the sea!

Although guys making the first move is traditional, it’s not essential, and more and more women are choosing to take charge and approach the men they’re interested in.