How to Make Having Multiple Sex Partners Work for You 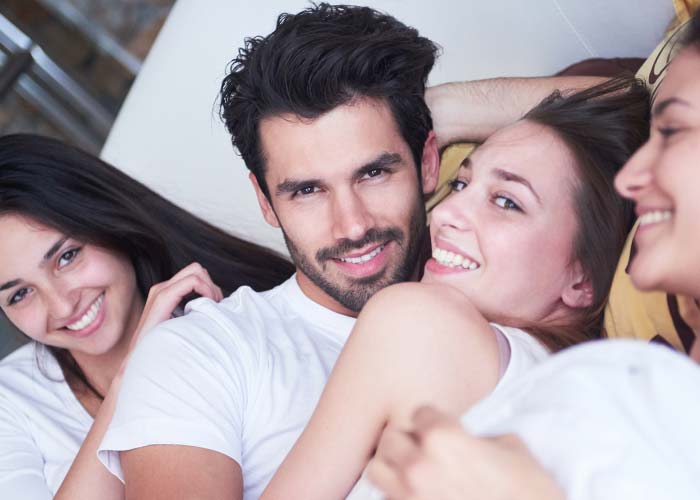 Having sex with multiple people doesn’t have to be shameful.

Monogamy isn’t for everyone, and many people dream of enjoying a stress-free sex life without the commitment so they can simply walk away with no strings attached when the deed is done. Many ambitious career-minded people find they have time for sex but not for a relationship, which is why the idea of having more than one sexual partner appeals to them.

Whilst some people frown on those with multiple sexual partners, it’s easy to see why this can work. Even when we are not in committed relationships, the vast majority of us have physical needs that need to be met. For some people, sex is just sex and there doesn’t need to be any deeper meaning attached it. Some people even have multiple partners in one night and don’t live to ever regret it. If you do not expect to feel emotionally attached to the other person, there’s a good chance that sex with multiple people during the same period of your life could be the ideal solution for your requirements.

Could an open relationship work for you?

The benefits of casual sex for singles

When you choose to have multiple sexual partners as a single person, you can expect to enjoy a great deal of freedom. You won’t be told what to do and when to do it, and you can make yourself your priority. You don’t need to be home by a certain time and you don’t have to give up vast portions of your free time doing things you are not really interested in. However, this might not be the case if you are in an open relationship.

The pros and cons of open relationships

Although you may have the opportunity to sleep with other people, you may otherwise face the same obligations that you would be met with during a conventional relationship such as spending time with their family, carrying out chores and so on. Never agree to be in an open relationship if you are not truly comfortable with the idea as there’s a big chance you could come to regret it. Don’t sign up for an open relationship just to keep your partner as you will only get hurt. It’s also likely that you will face disapproval from friends and family members if you do opt for this kind of relationship. One reason that open relationships and sexual relationships with seemingly no-strings-attached is there’s always a big chance one partner will want to make things exclusive.

Sex with multiple people can help you find out who you are and what you want from life. Having multiple partners isn’t a bad thing, but open relationships do have a low survival rate. If you do only want sex from another person and are not interested in being in a committed relationship with them, it’s important to let them know this from the outset to avoid confusion and prevent broken hearts. It is not bad to sleep with multiple partners if you practice safe sex and are clear about what you want from other people, whether you’re in an open relationship or are officially single.