Dating Etiquette 101: Who Should Really Pay While Dating 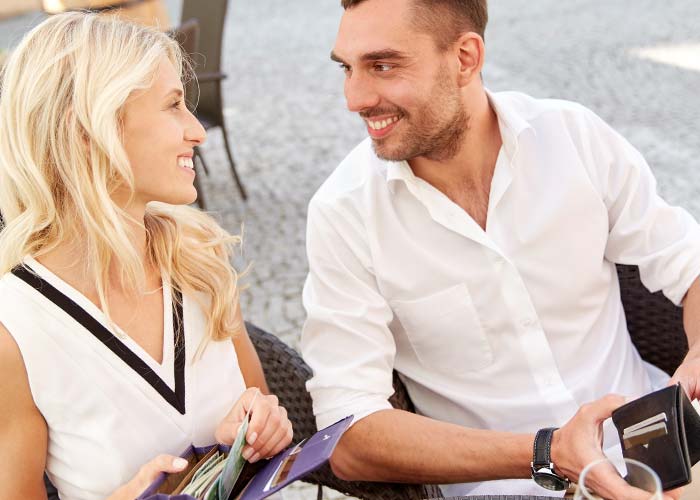 Who pays for dates? If you find yourself to be an inexperienced or first-time dater, then it may come to a surprise to you to know the answer is a tricky one.

The complicated rule of who pays for dates

has been something of a controversy since dating began. Something that many people have differing opinions on.

The traditional notion that the guy should always pay on dates probably stems from the traditional western cultural idea that women were possessions. Yes, that’s right. To gain status, fathers would sell their daughters to their wealthy suiter. In the same kind of way, men who always pay for dates are essentially paying for your time in an attempt to win a woman over, subjecting her to a position of less financial power. Think about that next time you’re planning on leaving your purse at home ladies. Paying for dates is more of an equality thing.

The idea of men paying for dates

is an age-old assumption but a somewhat complex principle nonetheless. One that is arguably outdated and needs reconsideration.

‘Should men pay for dates?’ is a question that is given too much focus when our efforts should be more motivated towards considering the question of ‘should the guy always pay?’.
The answer is no, not always. Girl’s paying for dates is a concept that is given much less attention and certainly needs addressing. When should women pay for a date? Not always. But it is best practice to bring money along every time. It is important to always offer to pay for a date before the day, when it is first brought up. If the date is the man’s idea, then suggest going halves on the bill, establishing whether his intentions are to pay for it entirely. This isn’t the 1920s ladies, it’s only fair to take turns and offer where appropriate or else you run the risk of coming across as rude and less likely to secure a second date. If it’s the woman’s idea, then really well and truly they should be prepared to take the full whack of a food bill on their account.

‘Should a guy always pay in a relationship?’

This too is a predicament that can result in arguments.

If you find yourself in a more long-term dating scenario the rules of paying for dates is no less simple. Guys, you don’t have to pay for everything in a relationship. Take turns and share the cost of dates. If you manage to get this far as a woman without paying, then your relationship will most likely fizzle out as the man will sooner or later get fed up with being the only one to financially support your relationship. As a guy in this position, she is definitely taking you for a ride and using you for your cash so don’t get too attached. There is no need to let it get to this stage where feelings can be hurt. It’s better discussed sooner to prevent any relationship destroying arguments. Relationship are about a 50/50 split in every effort, even with regards to money so don’t let something as so petty and that $5 coffee break you up.

Well, who should pay then?

Though the approach to paying for dates is complex, the answer really is quite simple.

It is only fair to expect that if men paying for dates is a given, that women paying for men should go the same way. Don’t expect what the other person is going to do with their
finances. They might be low on cash on the day or be expecting to split a bill or even thinking that only one of you will be paying. Certainly, on first dates this can be the case and so it is always important to be prepared. If you’re comfortable enough, ask the person organising the date what their intentions for the bill are. Remember, even if they are happy to pay in full, it is always polite to offer regardless of your gender and it may even get you a second date. Etiquette is important and you don’t need all the money in the world to have a fantastic time with your date.

To surmise, all you need to know is that a man does not need to pay for dates every time one is arranged. It is more subjective and requires discretion. Always be prepared to pay!