Home
Dating Blog
Relationships
Cucked: Signs Your Girlfriend Is Cheating on You

Cucked: Signs Your Girlfriend Is Cheating on You 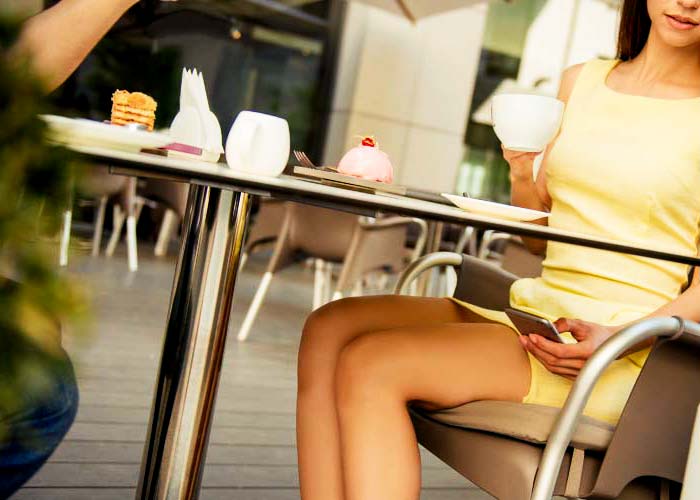 In order to see signs your girlfriend is cheating, you need to be incredibly observant. It is small signs that will give her infidelity away. Some important things to look out for are her behavior around you, whether she suddenly has new items of jewelry or clothing or whether she is talking to other guys.

How to know if your girlfriend is cheating is to pay attention to the amount of time she spends around you. If she is spending increasingly less time around you, this is one of the signs your girlfriend is cheating on you. It could be that she simply has new commitments at work or is spending more time with friends, but she is also likely to be cheating on you.

Time Spent Looking at Her Phone

According to a study by mobileinsurance.com, 3.9 years of the average person’s life is spent staring at their phone. However, if you are asking yourself “is she cheating”, then pay attention to her phone habits. If she is using a dating app then this could be causing her to spend more time on her phone. If she is hiding her phone from you, this is an obvious sign that she could be cheating.

“Did she cheat on me?” is a question that can be answered by paying attention to what your girlfriend is wearing. If she is wearing new items of clothing that you have not seen before or seems to have new jewelry on, these could be items that other men could have bought for her.

Alternatively, she could be wearing revealing new clothes in order to attract other men, so if you notice her wearing more revealing things than usual (such as low-cut dresses, for example) then this is one of the signs of a cheating girlfriend.

Talking to other guys

Another one of the signs your girlfriend is cheating on you is that she seems interested in talking to other men. This is particularly obvious if she spends more time than usual on her phone or seems to have a new male friend. While your girlfriend should be allowed to socialize with who she wants, it is important to watch her interactions with other men to see if she is flirting.

You could even ask close friends to watch your girlfriend for signs she is cheating, especially if she is talking to other men.

To summarise, these are just some tips on how to know if your girlfriend is cheating. If she seems to be acting unusually then it could mean that she is interested in other guys.

It is important to be observant about who your girlfriend is spending time with and how she is acting around you.